Manual for the TV Spot Interface at Goldbach

1. Import of TV spots via web

1.1. Setup of the interface

A user login must be created once for the web interface: 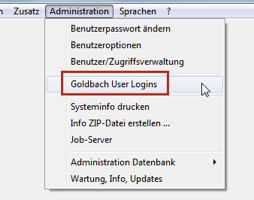 In order for this menu item to be selectable, the corresponding (new) user access right must first be set to YES: 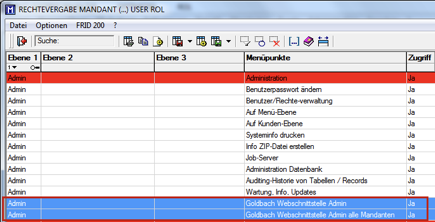 In the login mask, enter the user name and password you received from Goldbach. If this is to apply to all clients, then set the corresponding query to Yes and save the mask. Now the whole agency or the current client has the possibility to import TV commercials via web interface (as long as the corresponding user access right is subsequently activated - see below):

In addition, the following new access rights must be set to YES by the corresponding users for importing spots via the web interface or importing incoming invoices:

New selection of the campaign:

Then enter the corresponding order number in the following mask:

And answers the question whether to import with Yes:

The rest of the procedure is the same as for all other imports.
In the list box you will find the following new column to switch on: GBM Order -> here you can see the order number of the imported spots:

There is a new menu item for the invoice verification:

Before you can import invoices, however, you must first assign the corresponding clients and customers. With the button "Zuordnungen" the assignment of one or more marked invoices takes place - i.e. to which client(s)/customer(s)/product(s) the respective invoices should be imported. This connection only has to be made once - the system remembers connections that have already been made. Existing connections can also be changed at any time. 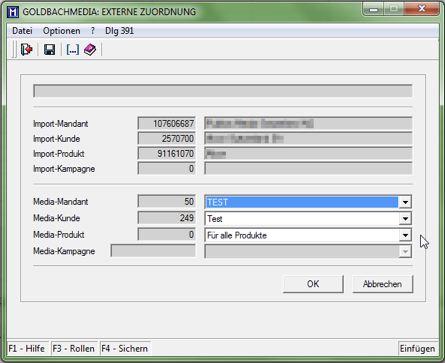 When these settings are complete, you start to import. There are two ways to do this. With the button "ER-Imp.Mask" those invoices are imported on which the cursor is placed and one is taken to the basic invoice mask of these imported invoices and can then continue with it. With the button "ER-Import" you can import several/all invoices at the same time - but you will not end up in a certain imported invoice afterwards.

For all imported invoices you can then assign the spots with <SelectDispos> by retrieving the Goldbach order number (ID). However, this is only possible for those spots that have been imported and were assigned with a Goldbach number (= GBM order number in the campaigns).

The field <Goldbach ID> is filled with the "Holen" button and then the process continues as normal: 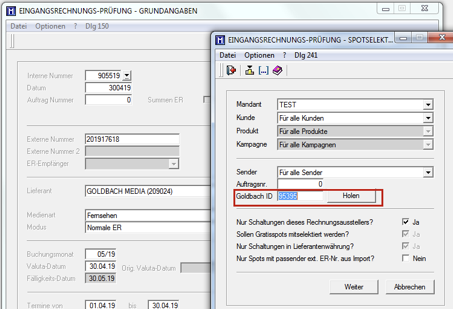 Now the spots are assigned to the invoice and it is checked and released as usual.
In the normal list box of incoming invoices, you can then look in a new column <Imp./Man.> to see whether an invoice has been imported or entered manually:

You have questions about an update of LEADING Media? You have discovered a problem with the current version? Talk to us! Here is your direct line to LEADING Media Support:

Can you afford to work WITHOUT a LEADING Job? Use our tool to calculate how much you can save in your company with our software!

When is the best time for you?

We have something very special for you.

You want to know more? We will be happy to send you an offer that exactly matches your needs. Simply answer the following questions: